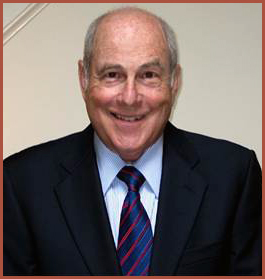 Daniel H. Krivit is the Managing Partner of Krivit & Krivit, P.C., the Washington D.C.-based law firm that he founded in 1976. Prior to establishing his firm, Mr. Krivit devoted over nine years of public service as chief counsel to three subcommittees of the U.S. House of Representatives — the Select Subcommittee on Education, the Select Subcommittee on Labor, and the Subcommittee on Manpower, Compensation and Health and Safety. In his capacity as Chief Counsel, Mr. Krivit was substantially involved in the development of more than twenty-five major federal education and labor laws, including the Occupational Safety and Health Act of 1970 and the Comprehensive Employment and Training Act of 1973.

Mr. Krivit is also an experienced trial lawyer, with close to seven years of criminal law practice preceding his chief counsel posts on the House Education and Labor Committee. His combined expertise in criminal law and federal administrative law has made him a well-respected and highly-effective legal advocate for state and local government grantees and non-profit and for-profit organizations adversely affected by federal and state audits and investigations.

Mr. Krivit holds a Juris Doctor degree from the Boston University School of Law, as well as a B.A. in Political Science from Brown University. He has also completed post-graduate legal studies in labor law and labor relations at Cornell University Law School.

During service as Subcommittee Counsel, Daniel H. Krivit participated in the development of legislation which resulted in the following Public Laws: